Only bigots have a problem with UKIP's posters

And the problem is?

And so to today's prize for the Westminster Bubble's most narrow minded men. No contest really: Labour's Mike Gapes and the Conservative Lord Deben (aka John Selwyn Gummer). And they win for their response to UKIP's poster campaign for the European elections.

UKIP is running these three ads: 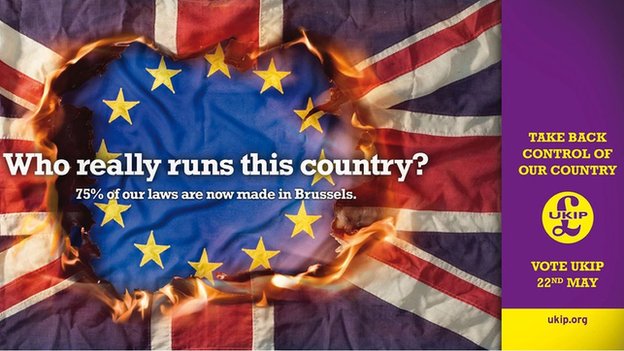 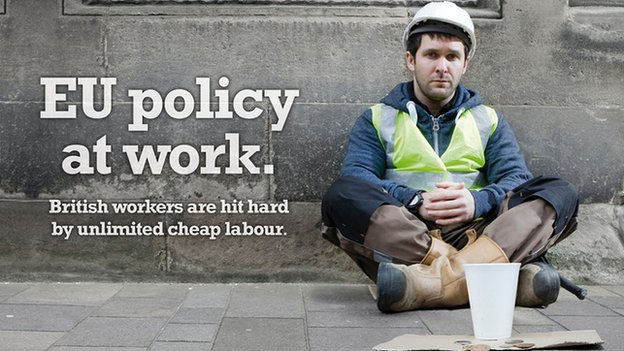 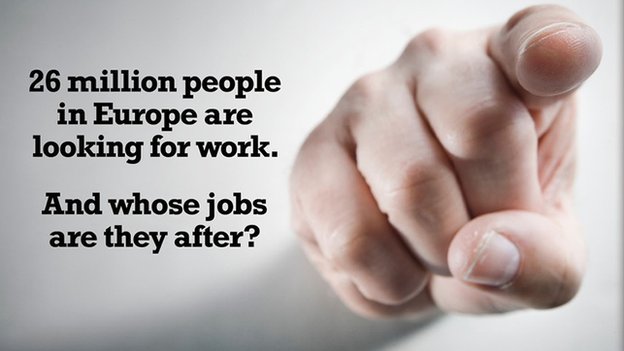 All three are reasoned, intelligent and directly address core issues related to the European Union. The picture at the top relates to the number of laws which are no longer made in our democratic polity. The question -- "Who really runs this country?" -- is exactly to the point.

The second picture states that "British workers are hit hard by unlimited cheap labour." One could certainly debate whether they're hit "hard". But the notion that they are "hit" is just basic economics. Increase the supply of something (in this case labour) and all other things being equal, the price (in this case the wage) will fall.

Employers will also tend to take on cheaper rather than more expensive workers. Unlimited immigration from relatively low wage economies is therefore likely to create a tendency to push higher paid local employees out of work. One can debate the extent of it. One can debate whether it is a good thing or a bad thing. But the idea that it is likely to happen should not be in doubt to serious people. The third ad is therefore reasonable too.

And so back to Mike Gapes and Lord Deben. Gapes called the posters "racist" and implied that people who agreed with them were not "decent". Lord Deben said: "UKIP stands for the worst in human beings: our prejudice, selfishness, and fear."

These are pretty disgraceful slurs. The above two spokesmen for the Westminster Bubble are effectively telling us that members of the public have no right to discuss policy areas that are central to their democracy. There's no way around that conclusion

They appear so wedded to a narrow political correctness that it is simply beyond them to conceive that reasonable and normal people might disagree with them.

And that is nothing less and nothing more than the mindset of the quintessential bigot.

ukip, The rise of UKIP, Is Ukip a libertarian party?, and racism
Comments
blog comments powered by Disqus