What Finland knows that EU, US don't about economics

Keynsian economics is a failed relic of the Leftist past. Barack Obama, the EU (and most of its member states) don't get that. So hats off to Finland for pointing out the emperor has no clothes

The Prime Minister of Finland deserves praise and recognition for providing one of the most insightful and profound statements ever uttered by a politician. He explained that the emperor of Keynesian economics has no clothes.

As reported by Le Monde (and translated by Open Europe), here’s what Alexander Stubb said when asked whether European governments should try to “stimulate” their economies with more spending.

"We need to put an end to illusions: it’s not the public sector that creates jobs. To believe that injecting billions of euros [into the economy] is the key to growth is an idea of the past."

You don’t make a nation richer by taking money from one pocket and putting it in another pocket. Particularly when the net effect is to redistribute funds from the productive sector to the government.

I’m glad Mr. Stubb has figured this out. I just wish some American politicians would look at the evidence and reach similarly wise conclusions. The Obama Administration, for instance, still wants us to believe the faux stimulus was a success.

And speaking of our President’s views, this Gary Varvel cartoon isn’t new, but it’s right on the mark. Any “job” created by government spending necessarily comes at the expense of the private sector. 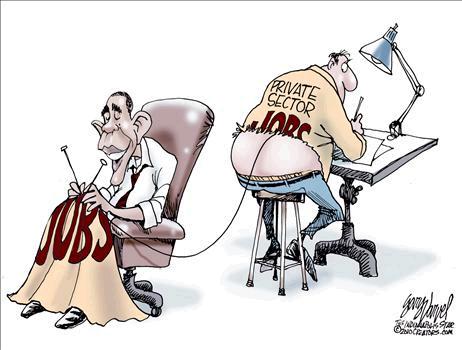 And since I’m sharing old cartoons, here’s one that also is a nice summary of what happens when government gets bigger. 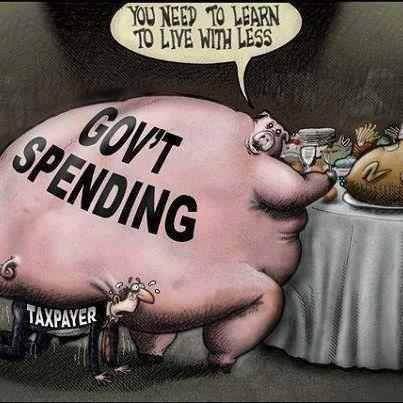 P.S. Other European policy makers have admitted that Keynesian economics is a farce.

P.P.S. Finland has the world’s 7th-freest economy, significantly better than the United States.

P.P.P.S. If you want some humor about Keynesian economics, click here.

P.P.P.P.S. If you prefer tragedy instead of humor, here are some horrifying quotes by Barack Obama and Hillary Clinton.