US View: UK has a stronger Brexit hand than it thinks

The EU is terrified that an independent UK will become more market-friendly and thus put competitive pressure on its member states. It is also horrified at losing EU contributions. Theresa May needs to understand she has the upper hand, and stop behaving like a weakling against Eurocrats who genuinely have a lot to fear

Britain should get tough with EU

If I was a citizen of the United Kingdom, I would have voted to leave the European Union for the simple reason that even a rickety lifeboat is better than a slowly sinking ship.

More specifically, demographic changes and statist policies are a crippling combination for continental Europe, almost surely guaranteeing a grim future, and British voters wisely decided to escape. Indeed, I listed Brexit as one of the best things that happened in 2016.

This doesn’t mean the U.K. has ideal policies, but Brexit was a good idea precisely because politicians in London will now have more leeway and incentive to liberalize their economy.

Though I wonder whether Prime Minister May and the bumbling Tories will take advantage of the situation.

The Financial Times has a report that captures the real issue driving Brexit discussions. Simply stated, the European Union is scared that an independent U.K. will become more market-friendly and thus put competitive pressure on E.U. welfare states.

In case you don’t have a statism-to-English dictionary handy, you need to realize that “level playing field” means harmonizing taxes and regulations at very high level.

Moreover, “employment rights” means regulations that discourage hiring by making it very difficult for companies to get rid of workers.

To plagiarize from the story’s headline, these are all policies that belong in a bonfire.

And the prospect of that happening explains why the politicians and bureaucrats in continental Europe are very worried.

"…senior EU diplomats, however, worry that the political expectations go beyond what it is possible to enforce or agree. “This is our big weakness,” said one. Theresa May, the British prime minister, last year warned the EU against a “punitive” Brexit deal, saying Britain would fight back by setting “the competitive tax rates and the policies that would attract the world’s best companies and biggest investors”.'

Sadly, Theresa May doesn’t seem very serious about taking advantage of Brexit. Instead, she’s negotiating like she has the weak hand.

Instead, she has the ultimate trump card of a “hard Brexit.” Here are four reasons why she’s in a very strong position.

First, the U.K. has a more vibrant economy. In the latest estimates from the Fraser Institute’s Economic Freedom of the World, the United Kingdom is #6.

So it’s easy to understand why the European Union is extremely agitated about the United Kingdom becoming even more market oriented.

Indeed, the only area where the U.K. is weak is “size of government.” So if Brexit led the Tories to lower tax rates and shrink the burden of government spending, it would put enormous pressure on the uncompetitive welfare states on the other side of the English Channel.

Second, the European Union is horrified about the prospect of losing membership funds from the United Kingdom. That’s why there’s been so much talk (the so-called divorce settlement) of ongoing payments from the U.K. to subsidize the army of bureaucrats in Brussels.

Third, the European Union has very few options to punitively respond because existing trade rules (under the World Trade Organization) are the fallback option if there’s no deal. In other words, any protectionist schemes (the “sanctions” discussed in the FT article) from Brussels surely would get rejected.

Fourth, European politicians may hate the idea of an independent, market-oriented United Kingdom, but the business community in the various nations of continental Europe will use its lobbying power to fight against self-destructive protectionist policies and other punitive measures being considered by the spiteful political class.

P.S. Here’s a Brexit version of the Bayeux Tapestry that probably won’t be funny unless one is familiar with the ins and outs of British politics. 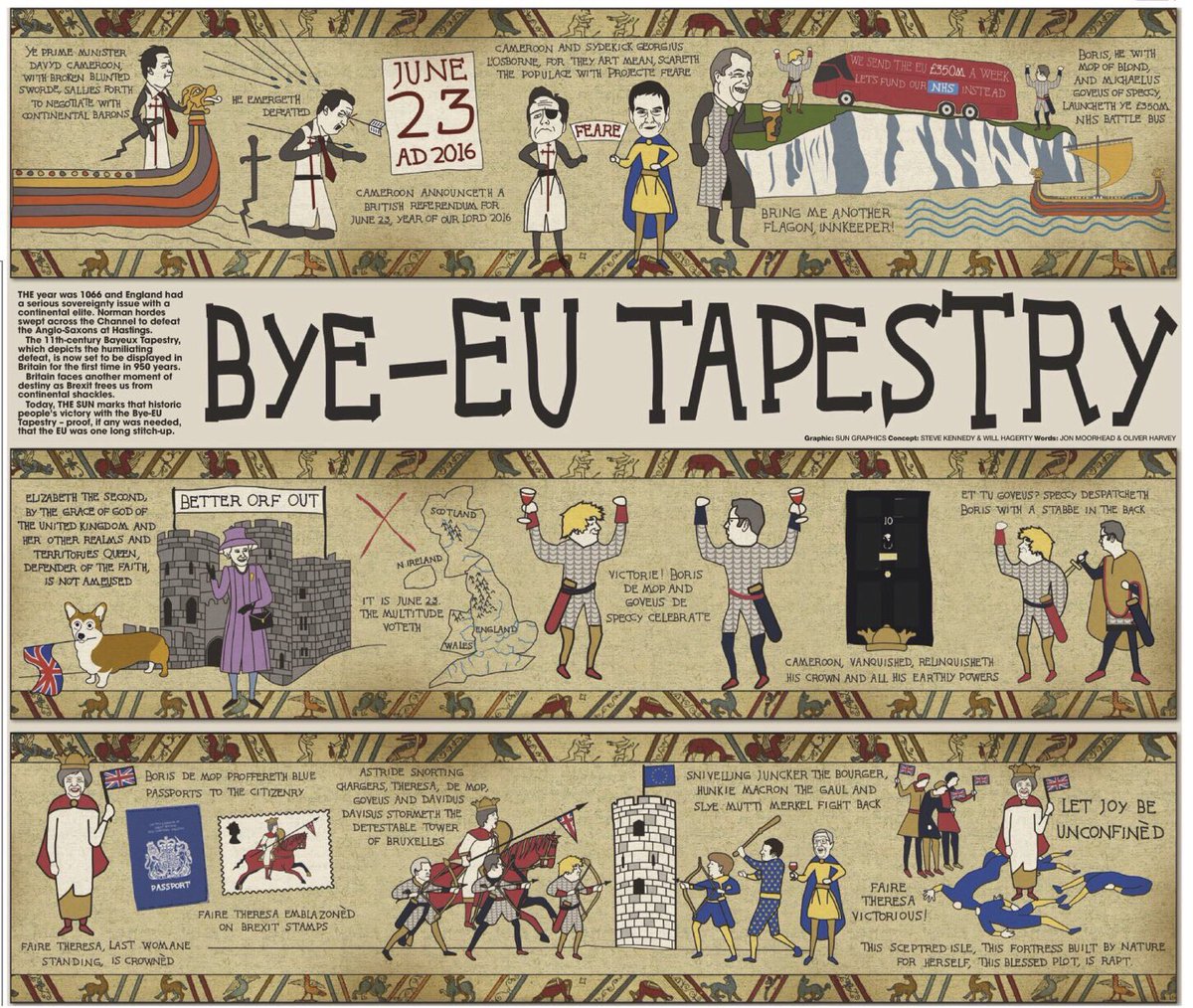 P.P.S. Here are some easier-to-understand versions of Brexit humor.

P.P.P.S. And here’s some mockery of senior politicians of the European Commission.